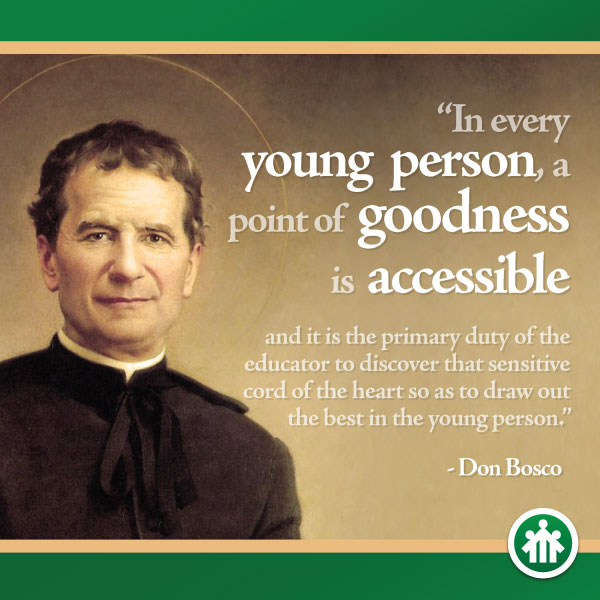 John Bosco was born on the August 16th, 1815, in Turin. He dedicated his life to helping young people. He wanted to become a priest to help them morally and he wanted to help them educationally by assisting them to cope with the world all around them. He was ordained in 1841 when he began his work for the poor youth in the city of Turin.

As his work grew many young men came forward to help him, becoming the first members of his religious congregation known as Salesians and with the help of Mary Mazzarello, the Salesian sisters were founded, to work for girls.

John Bosco had great admiration for St. Francis de Sales. He admired his optimistic spirituality and his simplicity of life. He chose St. Francis as a patron of the congregation. John Bosco worked tirelessly for the young people of Turin and beyond until his death on January 31st, 1888 and he was canonised a saint in 1934.

In 1963, the Salesian Sisters, opened an all-girls secondary school at Cahercon and at the same time the Vocational school was opened in Kildysart. Prior to this, only pupils whose parents had substantial means could afford to attend secondary schools in Kilrush or in Ennis.

In 1970, Cahercon became co-educational as well as having boarders enrolled.

In 2000, Kildysart Vocational school and Cahercon secondary school amalgamated and a new school, St. John Bosco Community college, was built on the grounds of the the original vocational school in Kildysart village.

The Salesian ethos is very much alive in our school and the feast day of St. John Bosco is celebrated every year in the school, on January 31st.